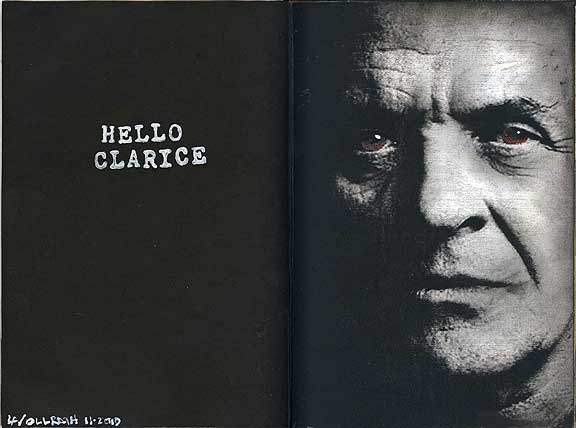 As I’ve told you many times before, I’m not The Princess of Patience.

So, when Corinne’s book from our dark round robin arrived last week, reeking of fumes from the solvent-based sealer someone had used in it, I was really disappointed. Also, really hacked off, since I could hear my brain cells dying the moment I opened the box—it smelled that bad. The only cure for books that arrive smelling like a bad day at a chemical factory is to put them out in the garage for a week. Mercifully, the weather turned really cold this week, and we even had a freeze, which is very helpful in wiping out strong smells. Cold seems to do the stink in faster than hot. Go figure.

Anyway, knowing that this book was sitting out there, waiting, taunting me was almost too much to bear—because I couldn’t even handle it long enough to flip through it, and get some ideas of what it was about. Waiting. Endless waiting. My fear is that if I’m bad in this life, I will spend all eternity waiting for something that never, ever happens…

I finally gave in today, and dragged the book in from the garage. Corinne’s theme is Children of the Night, and she did some fun artwork in it using old creature feature movie posters. I never got into those old monster movies much. I’m much more of a Hitchcock psychological thriller kinda girl. And obviously, my all-time favorite creepy film is Silence of the Lambs—and not just because I adore Anthony Hopkins. I read the book long before the film was made, and can remember being freaked out by the story. Then, I was sitting in a movie theatre, watching trailers before who knows what flick, when I saw the first trailer for Silence of the Lambs. I grabbed my friend’s arm before they even showed the title, and whispered, “Oh, my god, I read this book, and I can’t believe they’re making it into a movie!” and oh goodie, Anthony Hopkins is in it.

Back to altered books. As different artists work in a book, it develops a sort of rhythm. Some pages are short, and others are complicated and long. The two artists before me did layouts with multiple pages in cut shapes, and taking a lot of space to say what they had to say. I know I have two definite things to say in this book, and they’re both short and sweet. Coming behind layouts that are long and languid is a good thing, because it sort of reinforces the impact of my minimalistic work.

This first one came into my head immediately after I flipped through Corinne’s book for the first time, as a response to the creature feature posters in one of her layouts. The second one is going to take a little more time to construct, but is also sort of hit you over the head with the message simple. I’m hoping to have that one done next weekend.