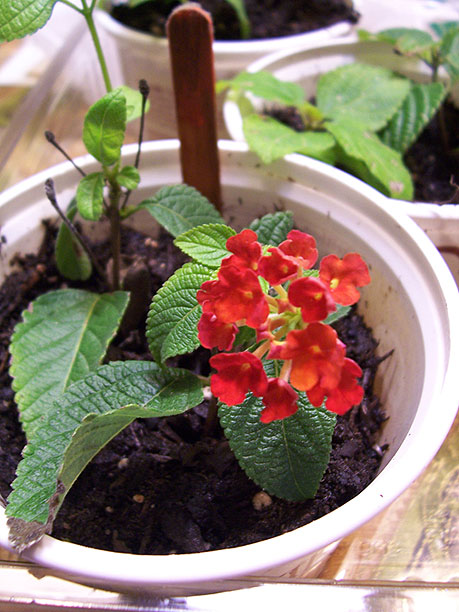 No real artwork this week. I was struggling with a new kit design, and also with some financial things. Quarterly taxes, a very late disbursement check, and a settlement from a class action suit that started in 2002 all happened at once. Dealing with money always makes me tired, even when it’s good news. Too many numbers!

Anyway, the kit is done, the dust has settled, and we’re having 15 minutes of early spring here in North Texas. It was 70 degrees here today. My apologies to those of you who are buried under snow, but seriously, I was walking around the house in a big t-shirt and shoes with no socks today, even when I went outside to water the garden.

The garden. It’s really a weird time right now, because although it looks like spring, it’s not. The forecast says there will be a hard freeze again on Wednesday. Life in North Texas regularly involves Mother Nature lulling us into thinking the seasons have changed, only to slam us with wicked weather a few days later. Whether that slam comes as freezing rain, or temperatures in the triple digits, it’s never much fun. Growing things while dodging nature’s whimsy is an adventure.

In order to grow as much as possible in the narrow window between freezing cold and hot enough to fry an egg on the sidewalk, most gardeners start growing things inside. This is really the first year I’ve done much indoor growing. In addition to starting some of my vegetables from seed, because I’m trying to grow things that most local nurseries don’t stock, I’ve been raising a few things from cuttings. I had a particularly beautiful lantana in my backyard last summer, and I’m pretty sure it won’t come back in the spring, so I took a few cuttings from it in the fall, and am growing them into new plants for this spring’s garden. It’s going so well that this week, one of them bloomed, even though it’s still just a dozen or so leaves on a twig.

I love growing things. It’s perverse and unpredictable. I can plant the same seeds side by side, feed them the same, water them the same, give them the same amount of light, and one will thrive while its neighbor keels over and dies. It’s completely random, and although I huddle with other local gardeners online, getting advice on what to do and when to do it, I think the reality is that we have very little control over our gardens. Stuff grows here or it doesn’t. Trying to figure out why is often futile.

I think gardening is a good balance to my work life, where everything comes pretty easily to me. At this point in my creative life, there isn’t much that I try to do that I can’t. I conquer new techniques and new media pretty quickly. After the hundreds of hours I’ve put in to developing my creative skills, I just don’t have to think too hard when I pick up a paintbrush.

Gardening, though—it just doesn’t matter how many hours I put in. Mother Nature is still going to throw a wrench in things, no matter how many seeds I plant, or how carefully I plan. It’s something that I will have to work at every year for the rest of my life, and never master. And that’s probably a good thing.