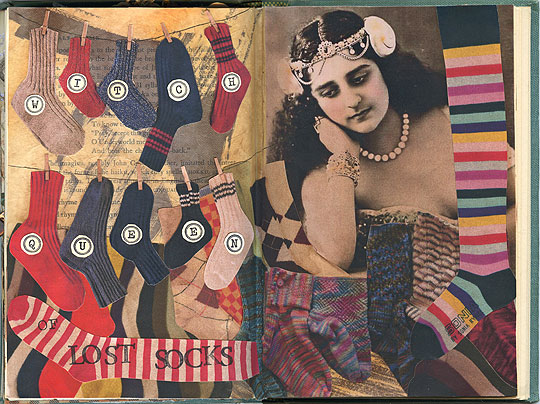 This was a quiet week at Chez Vollrath. It was grey and rainy early in the week, and then achingly warm and beautiful, but muddy and windy. Sort of the perfect staring out the window weather. Spring is so close, I can taste it. Also, my allergies have kicked in—a sure sign that Spring is almost here.

I find it hard to create in the Spring, because my current non-arty pastime is gardening. My tiny house sits on a half acre lot, close to the street, so I have a very small front yard, and a ridiculously large backyard. Seriously, I could build another house behind mine. The last workman who visited suggested someone could tear my house down, and build two of the narrow, deep McMansions that have popped up at the end of the block, with room to spare. I think I’ll pass on that idea.

Anyway, it’s almost time to put in the vegetable garden, which I adore. There’s something about raising my own food that just does it for me. Last year, I grew so much that I rarely had to shop for produce. After a long winter of nothing but a few bowls of lettuce from the garden, and far too many tasteless grocery store tomatoes, I’m ready to get out and start making the vegetables happen.

Meanwhile, I still have all these art commitments to honor, including a few more books in my design team round robin. Friday was mailing day, so I did this last layout in Peace’s book on Wednesday night and Thursday morning. Yes, I left it to the last minute, which I do all too often when the weather is nice. I know about how many hours it takes me to whip something together, so sometimes, I push it on time. There’s something about the mindset of having to get it done, and not having time to overthink it or waffle over it that’s really good for me. Don’t think. Just do.

I realized when I finished this layout that I’d done two sort of whimsical topics in Peace’s book, which really wasn’t headed in that direction previously. I think that’s a response to my friendship with Peace, which has grown through hasty flurries of emails over the past year or so. Peace’s messages generally make me laugh while imparting whatever information she has to convey. It would have been hard for me not to do something fun in her book.