As years go, you kind of sucked.

I spent most of January feeling exhausted and depleted, and ended up in the emergency room. Again.

In February, I learned I had uterine cancer. I spent most of the month running from doctor appointment to hospital to testing center. When I wasn’t in a medical office of some kind, I was on the phone, talking to one. Along the way, I was told I was anemic, had an enlarged heart, and high blood pressure.

In March, I had surgery. It was supposed to be minimally invasive, with a quick recovery. Instead, I was sliced open from above my navel to the top of my pubic bone. I spent the balance of the month flat on my back, trying not to move while my enormous incision healed. And most of April, as well.

In May, I’d hoped to plant a summer garden, since, thanks to the cancer and the surgery, I missed spring planting completely. Unfortunately, even though I was cleared for lifting things by May, I wasn’t strong enough yet to carry bags of compost, or turn over soil with a shovel. I planted late, so most of my summer veggies didn’t make it before the first frost.

I also spent most of late spring and summer dealing with the financial disaster the surgery left in its wake. The bills just kept on coming, each one larger and stupider than the next. Is it any wonder that my usually strong art mojo vanished for so many months? You took away my strength, and precarious financial balance. Did you have to take my art away, too?

In September, my air conditioner blew out, and I had to spend three days with no a/c waiting for the new motor to arrive. It came with the warning that my HVAC system was so old that it could die at any moment.

In November, my HVAC system had to be replaced. It didn’t die, but the service guy seemed sure that it might kill me at any time. Doesn’t seem sort of mean to let me survive cancer and major surgery, and then stick me with a killer heating system? And seriously 2013, couldn’t you have waited just a little longer before dumping yet another huge expense in my lap?

To be fair, 2013, you did have the occasional brilliant moments. In amongst the crap you rained down on me, I found support in places I never expected, and friends who rallied around me. Despite all your attempts, I did not go under financially, and kept it together mentally and physically. And in December, I finally shook off whatever it was that kept the art away.

All in all, I think you’ll agree that you really failed to perform as expected. I had such high hopes for you when you started, but honestly, I found you disappointing, and at times, downright irritating. Sadly, I’m going to have to let you go.

So 2013, as I bid you a not so fond farewell, I leave you with these final words:

Don’t let the door hit you on your way out. 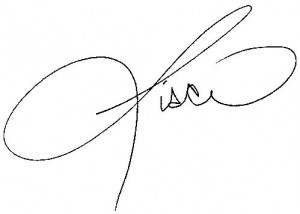