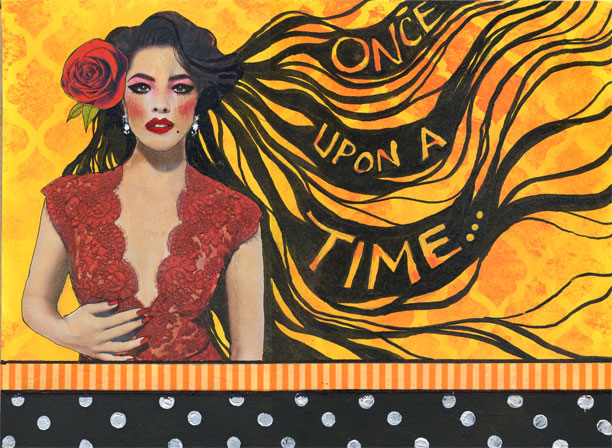 Today’s artwork: the first set of pages in the first journal of a new project I’m putting together, called Just 10 Pages. I’m sure I’ll write more about this project in the coming weeks. There might be a Kickstarter campaign, and there’s definitely a web site in the works. I’m still putting all my thoughts together, but so far, it involves a whole bunch of 10 page handmade books.

It’s been a while since I’ve posted here, and since my last post was in April, about my new dog, Jack, I blame him. For such a little dog, he’s a huge distraction. After years of living with an older dog, having a young dog has been a big adjustment. I play catch until he’s too tired to breathe every morning before breakfast (mine, not his). I generally do that again sometime around dinnertime. In between, he likes to sit up right at the edge of my peripheral vision, until I look over and ask him what he wants. It’s sort of hilarious, in a way that makes it impossible not to stop what I’m doing.

I also spent part of the past three months making and sending the reward packages for my last Kickstarter campaign. My Amazon author page

has been updated with the new ‘zine. I’m thinking I probably won’t do another issue of Bad Influence for a while. Maybe one a year is all I have in me.