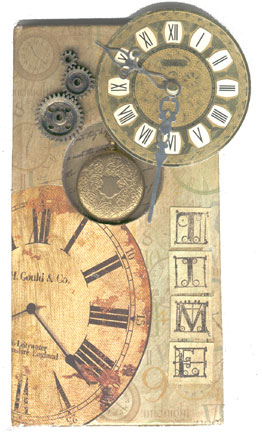 A round robin using children’s board books. 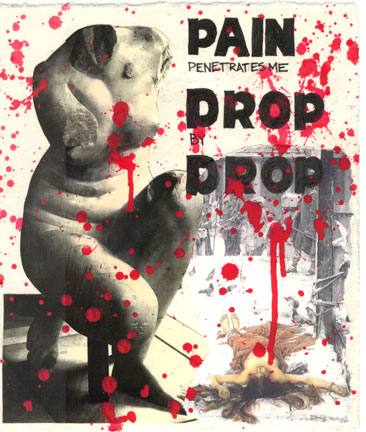 A collaborative library project with 40 or so other artists. 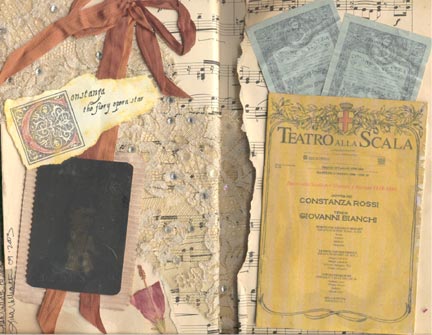 Asian Inspirations is a round robin I hosted July-September, 2003. Each of six artists chose a small, lightweight book, and pulled together all sorts of asian goodies to use in her work.

Halfway through 2003, I hosted a color round robin. Each player chose one color, and assigned that to her book.

About halfway through 2002, I was in an altered book chat session where everyone was sharing ideas for round robins. Someone suggested a games round robin, and the idea stuck with me. When nobody had suggested it for six months, I finally bit the bullet and hosted it myself.

Unfortunately, most of my round robin books arrive home only half finished, and I have a hard time finishing them on my own. At the end of 2002, I decided to host a Second Chance RR for folks who had books in a similar state. Six artists chose books from previous round robins that were in need of completion, and we set out to finish them all.

AB artist Pam Yee has this very cool old dictionary that’s broken up into signatures, like little magazines. She sent out this section for me to work on with two other artists. I had a blast! Now I’m in search of the perfect dictionary to alter for myself.

Where I Live is actually two different serial round robin books being sent around to artists in the United States. Artists are being challenged to create work that describes where they live, their lives, their families, etc. The first book was completed in March, 2003 and donated to the ISABA library. The second book will begin circulating again sometime in late 2003.

Elements is a board book round robin I hosted in September and October of 2002. Three groups of four players each passed books around, doing a different element each week so that each player had a chance to do earth, wind, fire and water once. In addition to our personal books, one player in each group volunteered to start a second book which will be donated to the ISABA library.

Foreign Text is a round robin I hosted from September through November, 2002. I got the idea for it after realizing that A) I rely too much on quotes and song lyrics in my AB layouts, and B) I have an ever-growing collection of books in foreign languages that I really have to start using. The Foreign Text round robin required all players to choose a book written entirely in a language other than English, and to work for the most part without using English words. Most players opted to have works of many languages and many cultures done in their books, regardless of the original language of the book they chose.

About Texas was a serial round robin that began in 2002. It started off with one book and a dozen Texas artists, and it turned into two books and 15 artists. Book I returned home in December 2002, and Book II returned in February 2003. When they are finally completed, both books will be donated to the ISABA library.

Four Seasons was a board book round robin that I hosted in the Summer of 2002. Two groups of four players each created books based on the four seasons. Each time we received our books, we switched to a different season: the book owner began with Spring, the second player did Summer, the third Autumn, and the fourth Winter, so that each player completed every season once during the RR.

Impractical Magic was RR I hosted based on the spell book used in the movie Practical Magic. So many people on the altered book list wanted to create their own version of this book, I was able to fill two groups of nine players each.

Wine, Women & Song was the first round robin I hosted. Each of the five players chose a theme centered around the title of the project, and with a wide variety of themes and eras represented. Every two weeks, we passed the book we were working in to the next artist in line. This round robin ran from the beginning of April through June 2002.